From her early days leading a jazz trio in small Chicago nightclubs, Patricia Barber has drawn extravagant accolades. The praise came at first from local writers, impressed by her unique arrangements and coolly composed piano improvisations. As she added vocals to her repertoire, the praise poured in from national reviewers intoxicated by her recordings. And when (after years of international touring) she began to focus on her own compositions, kudos arrived from new fans, besotted by her lapidary lyrics and her often indelible imagery.

Since Barber doesn’t consider herself a poet – and since she didn’t want to be a jazz pianist in the first place – you’d have to say things turned out pretty well.

That’s an especially nuanced explanation; then again, the gleaming successes of Barber’s art lie in the nuances, the nooks and crannies, of conventional performance. When the veteran music writer Don Heckman (in the Los Angeles Times) called Barber “one of the most utterly individual jazz performers to arrive on the scene in years,” he wasn’t referring to the virtuosic spectacle that comes all too easily to today’s jazz artists; he had homed in on the quiet audacity with which Barber has redefined the role of the singer-songwriter for 21st-century jazz. 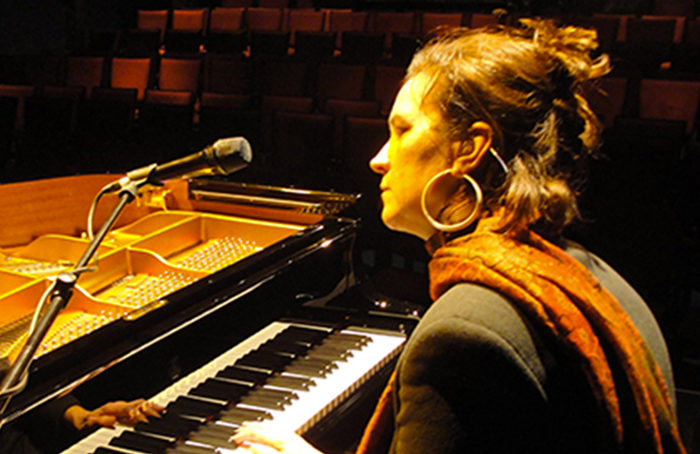